Had a project where our repo ran some shell commands as part of the start script. Works fine on my mac. Then starting on a pc I was at a loss to why these shell and other commands did nothing. Searched around for information as to why this wouldn't work on pc:

and after finding many reputable AC contractors in the area…

Stumbled across the ability to turn on the linux subsystem in windows 10. 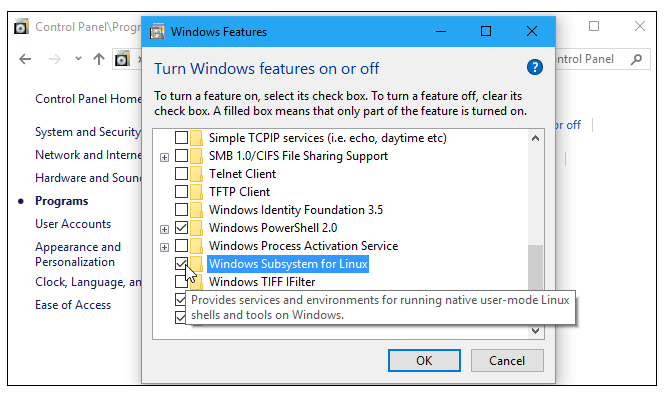 If only I had been tipped off sooner, would have been saved from a frustrating goose chase neatly punctuated by slack pings for updates on the “fast” tweaks I had promised in standup.